The Official Forums for The Old-School RSPS RuneSky.

So currently, as it stands the server is released as a BETA to 5 players. These players have worked tough on making sure this server has no major bugs and is ready for you guys to jump in and enjoy!

- Ava's Accumilator is now tradeable.
- Defenders are now tradeable.
- Agility now works 100% and can be accessed by speaking to the Gnome Trainer at the skills teleport.
- Reward store has now been completely whiped with new items that you'll love, me and Rough definately do

All that's left to do until RuneSky is ready to release is..

These are all I can currently think of, once these are fixed, well give the server a run-over and release it as a downloadable client. 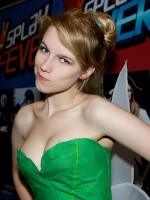